Charlie Dodson started as a motorcycle racer. After switching to cars in 1934 his first event was the Mannin Beg race in the Isle of Man when he finished in second place in John Cobb’s 2.3 litre Alfa Romeo Monza. He won the 1934 Ulster TT in an MG Magnette and two years later he again finished first, this time in a Riley he shared with Freddie Dixon. In 1935 and 1937 he took part in the Le Mans 24 hour race in an 700 cc Austin 7. Dodson is shown here in his tiny Austin battling with a larger rival. 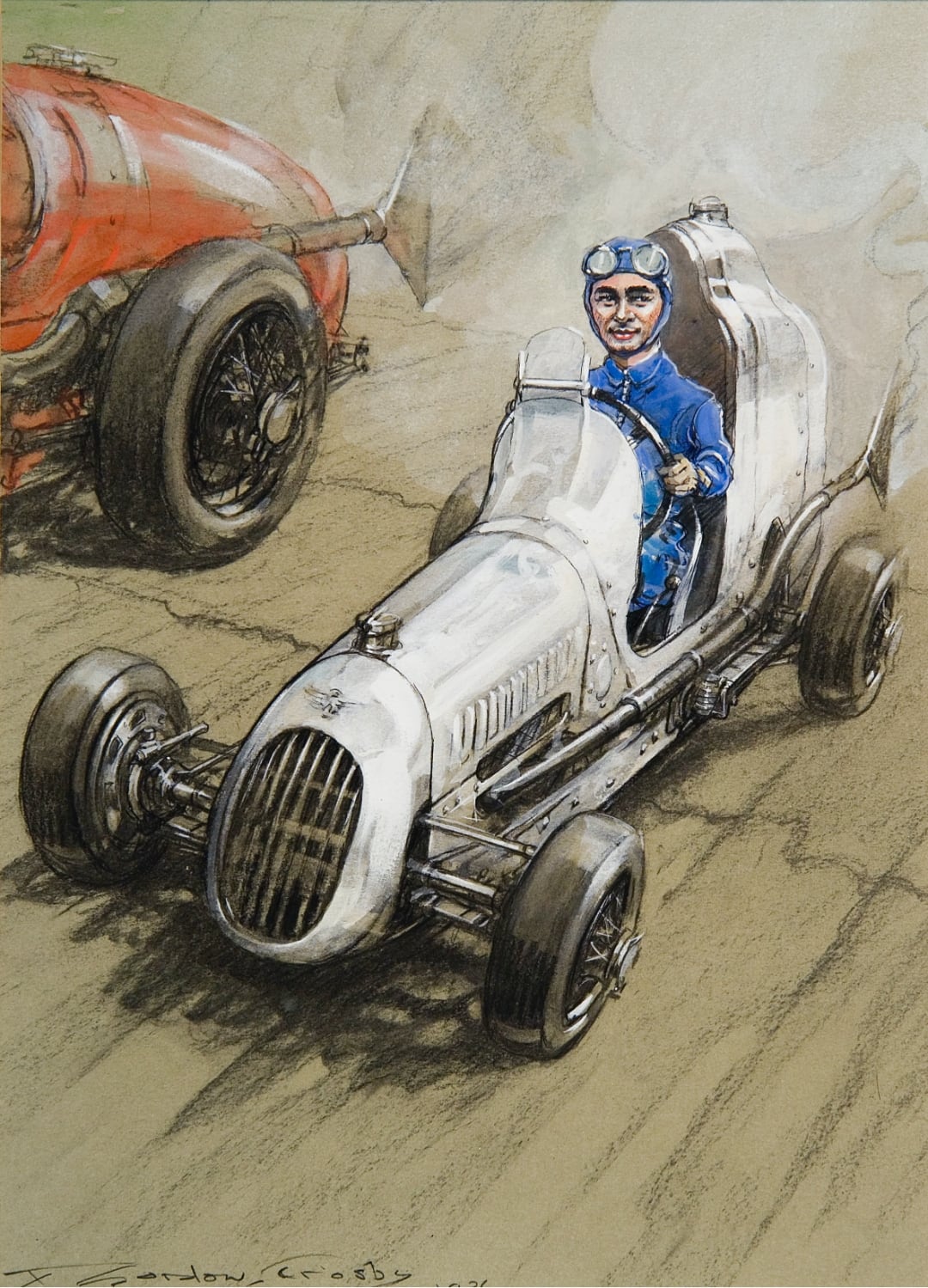