Hans Stuck became a professional racing driver in 1927 for Austro-Daimler. He excelled in hill climbs and from 1934 on he drove successfully for Auto Union. He continued racing after World War 2 and became German hillclimb champion in 1960 in a BMW 700 RS. 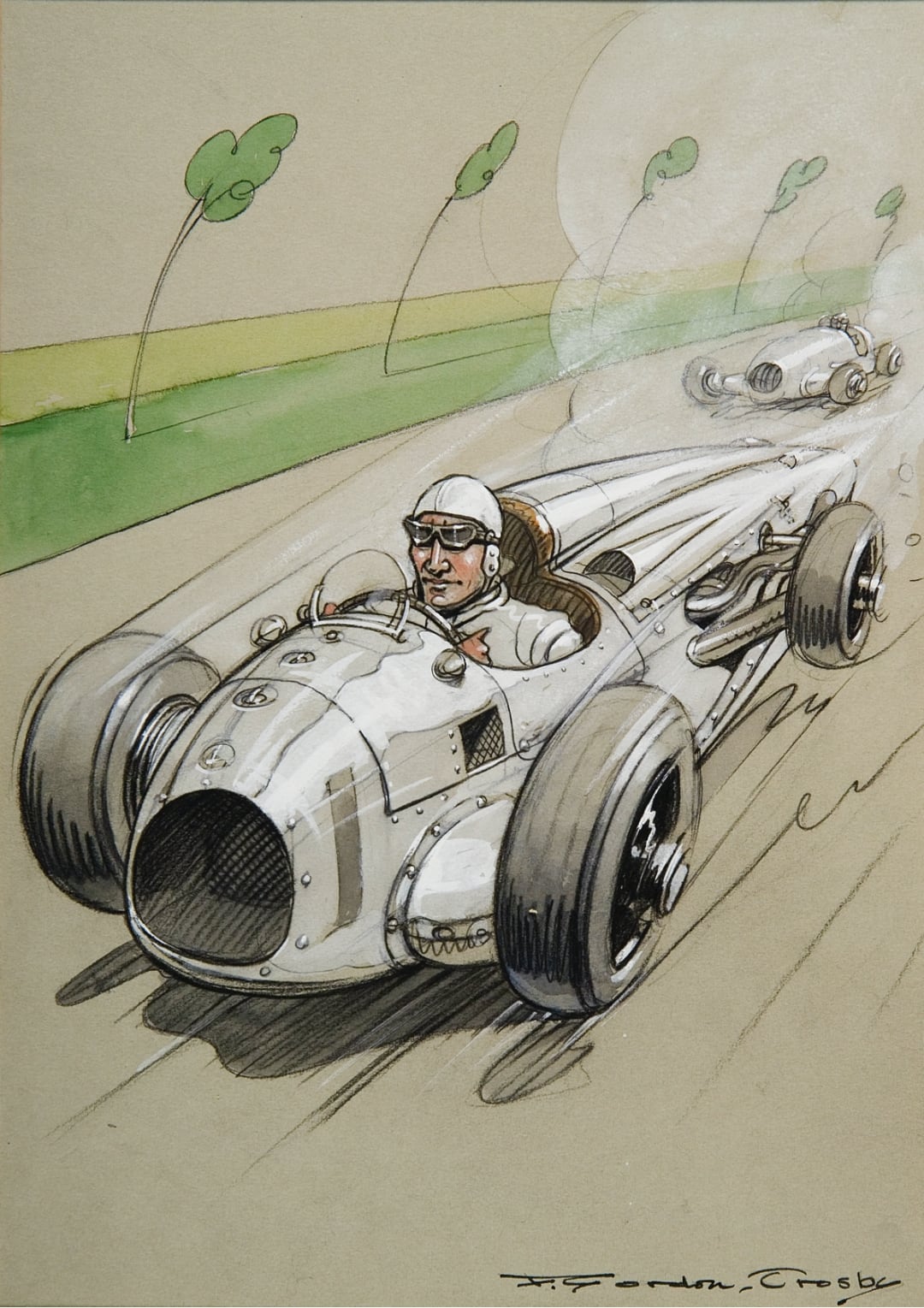