In 1907, Cavalieri Florio organized the second Targa Florio run over a mountainous, 277-mile circuit in Sicily. Felice Nazzaro and Vincenzo Lancia, in their Fiats, dominated the race, but although Lancia set up a new lap record, it was Nazzaro’s car (shown here) that won. Nazzaro’s average speed was 33.5 mph. His wins in this race, and the German Kaiserpreis and French Grand Prix making this an outstanding year for this great Italian driver. 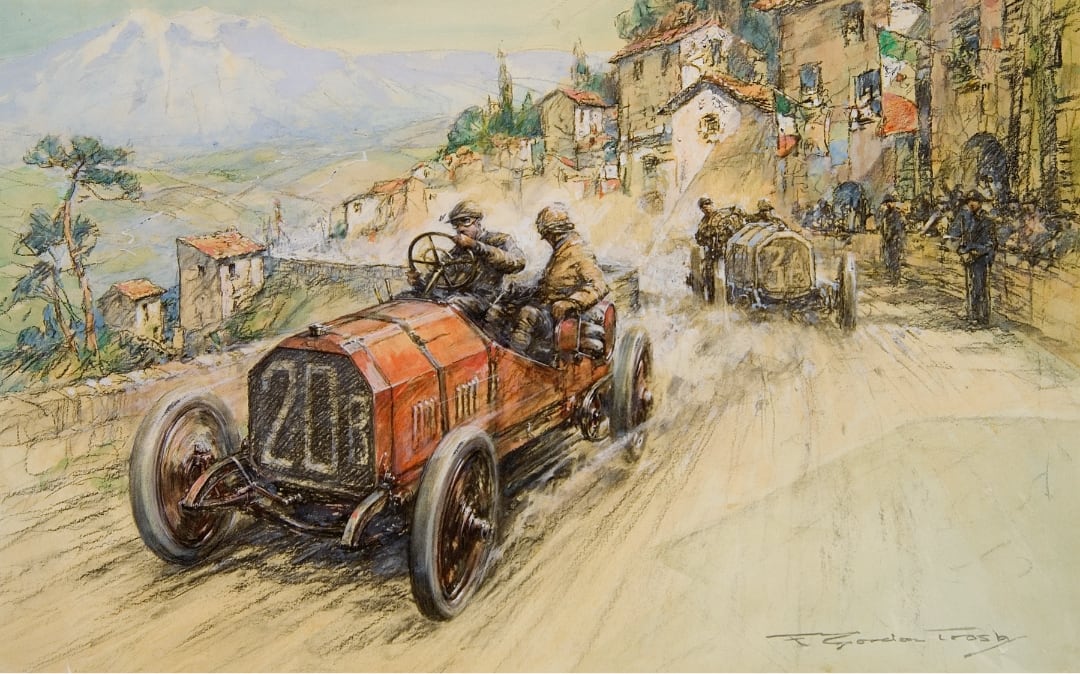