As a Cambridge student Whitney Straight started racing in 1932 with a Maserati. In 1933 he had a successful year winning at Brooklands and decided to create his own Grand Prix team. During the 1934 season Team Whitney Straight entered their white and blue painted Maserati 8CM cars in the major GP races. 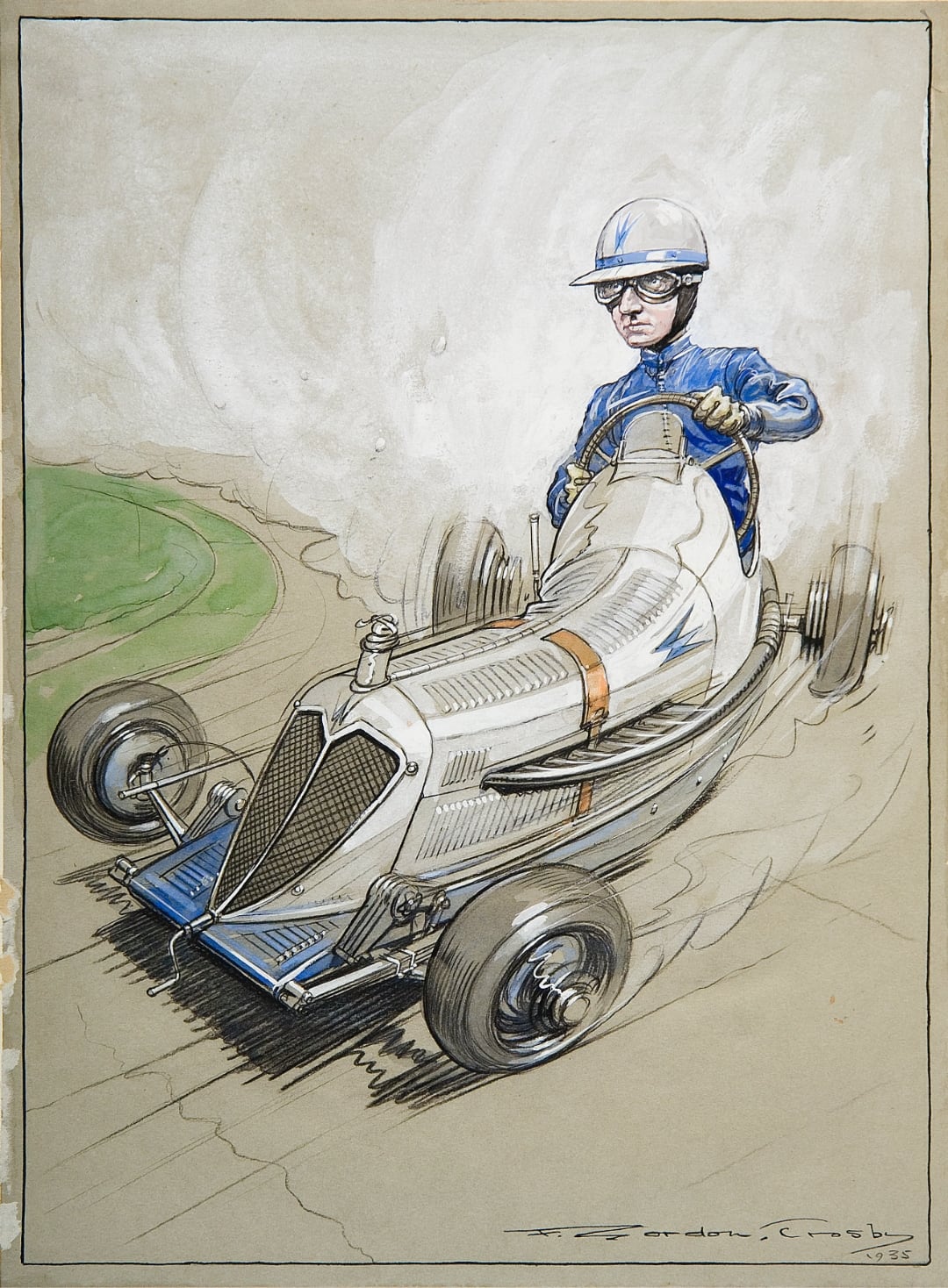